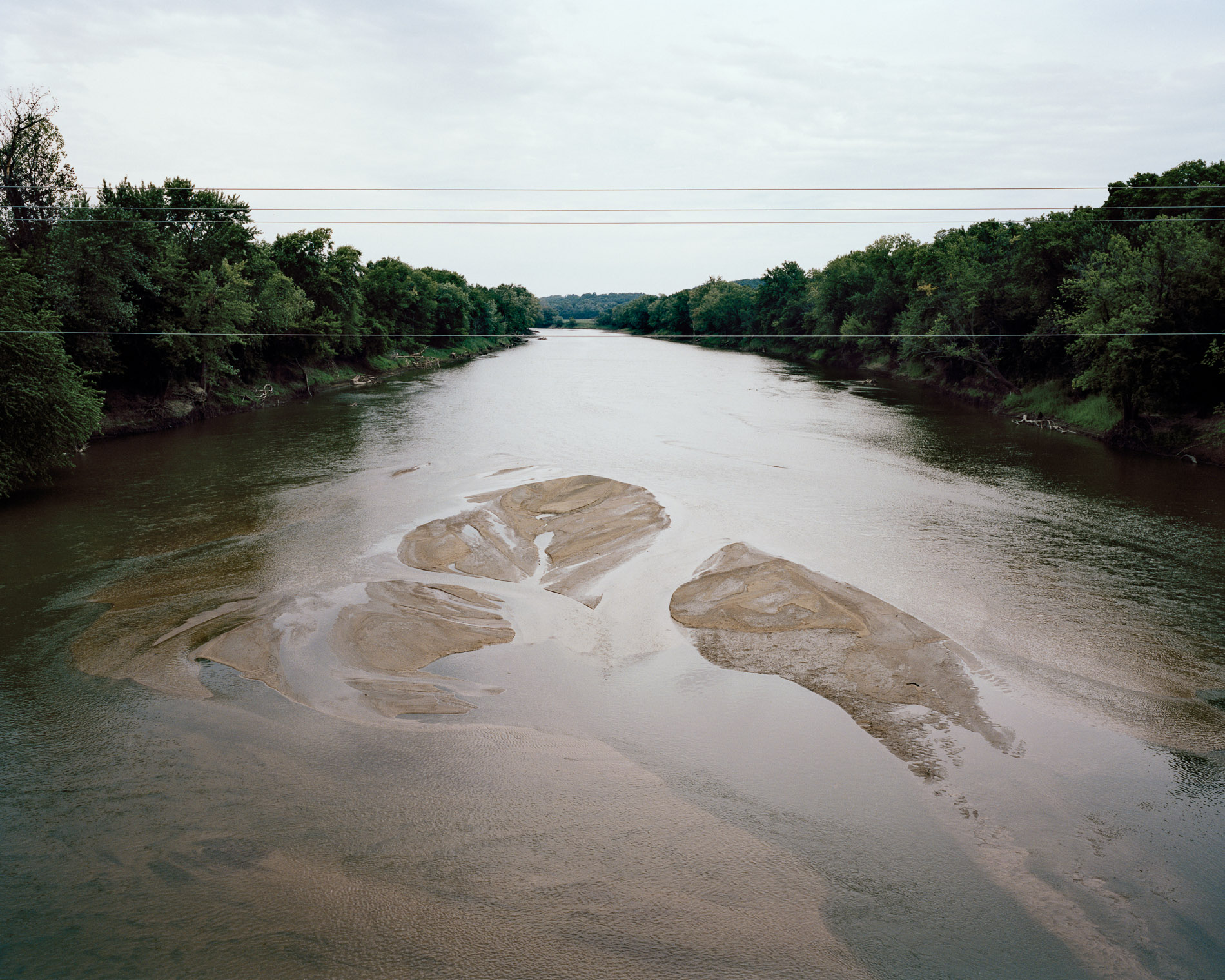 All I really knew when I started this project was that I wanted to photograph in my father’s town of birth. For years I had thought about documenting life in Iowa. I flew over, got a rental car and started driving around. This place, where I had been so many times since my childhood, felt different now while looking through a viewfinder. Weeks passed by and I just couldn’t quite find the story that I had originally imagined. It seemed like I first had to re-discover the reality of the area. As if, what I had in my mind were images of my desire that didn’t reflect the actual situation. I asked myself how it could be that in past visits I hadn’t noticed all the worn-down houses, the empty stores, the exhausted looking people. An analog camera forces you to focus.

One evening and by coincidence I met Jerod, a tall, friendly, non-stop talker, as I was shooting a street-scene near his house. He saw me and wanted to know what I was up to. As I told him where I came from and what I was doing, he invited me for a beer in his front yard. Thankfully, he later introduced me to the others from the area. In the beginning some of them actually thought I was an undercover cop. After some time though, they started to trust me and let me into their lives, with all the pain, struggle, beauty and hope that belongs to it.

The first chapter of HURTLAND deals with The Laws of Power, which I became aware of through Robby, who had written some of these strange and uncommon rules onto a piece of paper. We talked about them and their meanings and I was curious where these laws came from. It turned out that while serving a term in prison, the father of Robby’s roommate had written them into a small notebook which he later passed on to his son. To me it seemed rather odd that these rules could be applied to daily life in Southeast Iowa. But I guess when times are difficult, and they are in this area, you look for ways to ‘elevate above the battlefield’.

This website uses cookies to improve your experience. If you continue to use this site, you agree with it.
Ok